Mr Mayer had a bit of a shock when he was offered a spot on the Germany squad for the International Cup 2017 (AFL). The German Eagles were coming to Australia for the first time ever and had a few injuries. Having registered with the AFLG a year ago, he became another reserve for the Coach, Mark Woods, and joined the team in Melbourne for the third group game against Japan. Team bus at AFL House, national anthems, team gear and a great group of players made many a childhood dream come true. Unfortunately, the Eagles lost by two goals. Mr Mayer had a kick touched on the line and the left hand is still a bit battered, but the team had already qualified for the semi-final where they beat China. Ethan Wilkins in Year 6 had researched the AFLG in Term 2 as part of his German inquiry and so research and reality beautifully fused together. Mr Mayer is pictured with the Captain of the German Eagles, Florian Naumann, and Coach Mark Woods. 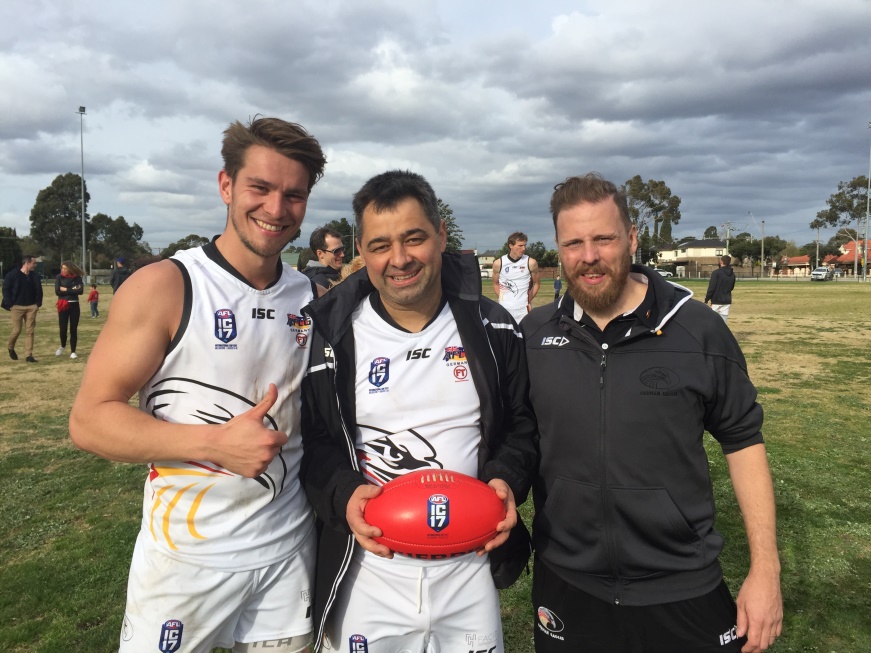